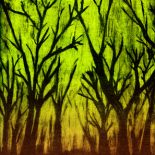 Is it because I drew them to me emotionally/spiritually/attitudinally, or did the change in barometric pressure due to T.S. Debby cause a change in behavior in these two beautiful visitors to my life this Sunday?

Maybe both. My lovely wife this morning, while discussing the brewing coffee, gasped and motioned out the kitchen window: “look at THAT!” I saw a flash of white, and in a fraction of a second thought it was the white cat that visits our yard. I ran quietly to the bedroom — the direction it was walking — grabbed the camera along the way, and peeked out at this: 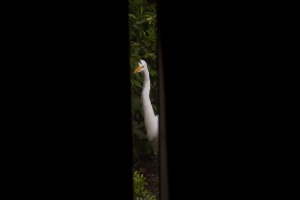 This Great Egret (we ruled out snowy and cattle egret) was near three feet tall, and over that with its neck extended. Its black feet were enormous, no doubt to spread its weight over a large surface area, not that it needed that ability on my patio.

It walked so gingerly, step by laborious step. Such grace and perfection doesn’t usually appear in my yard. Must have been looking for breakfast, hopefully in the surfeit of frogs out there lately. 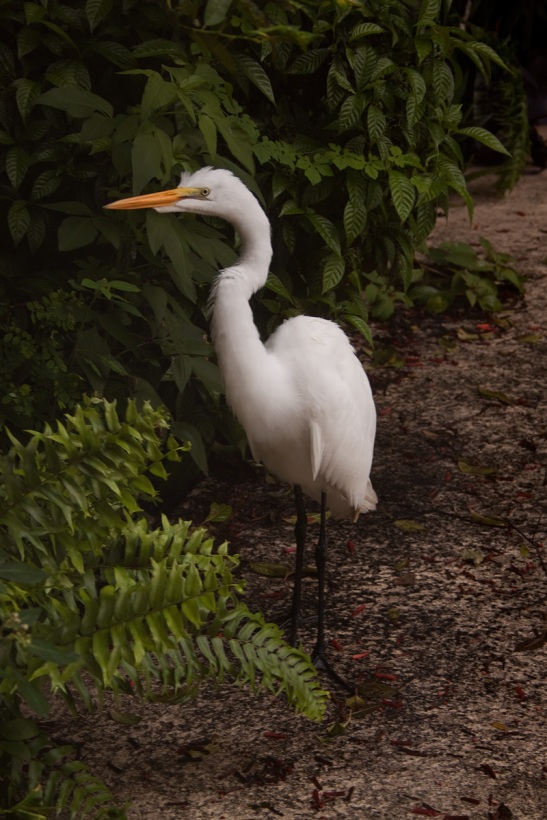 Egret before its egress

What an inspiration this visit was. I hope this character avoided the storm.

Visitor two might’ve been lucky to avoid visitor one. 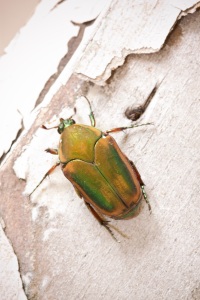 I plucked this gem out of the pool overflow. It’s a flower beetle (Cetoniidae), and was about .75″, amazingly green, gold and yellow metallic. I thought it had drowned, in which case I’d at least keep it as a specimen. Just in case however, I left it alone in a safe place indoors. After an hour or so, I noticed it had moved position slightly and, on picking it up, felt its strong claws grip my finger. It’s alive! I was so happy it lived. As repayment, it let me take these photos out front.

After so many bright flashes, he/she had had enough, and with wings dried sufficiently, flew into the dirt near my feet and burrowed hurriedly out of sight. Stay dry under there! 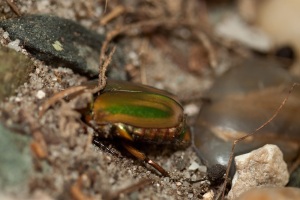 Update: The beetle is Cotinus nitida, most likely.